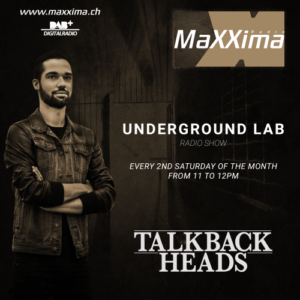 Talkback Heads is a DJ/Producer possessing a remarkable DJ career path, playing in renowned clubs such as Pacha Club and XOYO, his productions have been supported by artists such as: Joseph Capriati, Popof, Carl Craig and Luigi Madonna!

Talkback Heads is a young yet promising DJ/Producer who has gathered considerable experience throughout his career.

Starting off at the age of 15, his distinctive DJ style combining his technique and contagious energy behind the decks enabled him to play at renowned clubs such as Pacha and XOYO, sharing the DJ booth with a variety of artists, including the renowned Wehbba.

This passion for music extends way beyond electronic music, his inspiration being fueled while playing drums and electric guitar. Embracing an affinity for real-feel instruments helped in shaping a unique and recognizable sound.

After graduating with a Sound Engineering diploma at the world’s ‘Best Electronic Music School’ (as voted on DJ Mag), Talkback Heads pushed his career one step further and ventured vigorously into the industry with fresh forces. 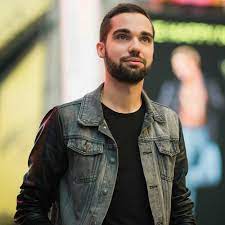 Combining his strong educational background with his flaming passion for music and tireless work, his own creations came as no surprise, drawing a catalogue of releases on labels such as Frequenza Records, M5, Black Kat and We Love Techno. His music keeps reaching new heights and is supported by renowned names in the industry such as: Joseph Capriati, Popof, Carl Craig, Luigi Madonna and many others.

In 2018, Talkback Heads is featured on one of Switzerland’s leading FM radios, Couleur3. Fulfilled with motivation he keeps working on his music and attends the Amsterdam Dance Event Conference for the first time. His exclusive track “Do It” becomes the runner-up track at the Demolition XXIII event, his track receiving positive feedback from electronic pioneers such as Sander Van Doorn, Joseph Capriati and B. Traits. These latest events did not go by unnoticed, with “the young rising DJ” being featured by the local Swiss press.

In the same year he also started his own Radio Show “The Underground Lab” hosted on Data Transmission, which gained popularity in the Electronic Music Scene. On his Techno-focused show Talkback Heads plays his own tracks and hot tracks of the moment. The main focus behind his Radio Show is to support quality music from upcoming artists and every month, he invites different artists who inspire him for a Guest Mix. His show has featured impressive artists such as Metodi Hristov, Mitch de Klein, POLS, Tony Romanello or Denise Schneider – to name a few!

Talkback Heads is definitely one to watch!