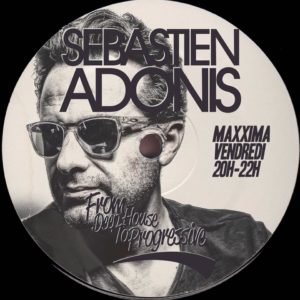 Sebastien started his career in 1990.

He discovered House music, started to mix Progressive House and settled down in Paris. He belonged to the avant- garde and wanted to share his passion with the public. As he worked hard to improve his style and multiplied music demos, his talent was acknowledged by an employee of FG Radio who finally got him to play in the most famous clubs in Paris such as The Rex club, Le Queen, Le Folie’s Pigalle, L’Espace Wagram, L’Enfer,Les Bains Douches, l’Elysée Montmartre.

He performs every week on Maxxima with the Radio Show ‘From Deep House to Progressive’ since 2010, and was producing with Cris Del Pilone ‘Remember the house’ every sunday evening.